*Aptly, there are quite a few profanities in this post (sorry).

The best years of my life so far happened between 2010 and 2013. I moved into an awkward-looking rickety house with bright blue window sills on Burton Stone Lane, York with three girls and three boys…

The boys were, well, strange. There was the Italian who was at least ten years older than us, smoked weed outside his front room, had a thing for bringing Asian girls back after nights out and only seemed to know how to say ‘it’s freezing’. There was the Darlo lad who told us he had bowel cancer when he didn’t, walked around in Homer Simpson slippers, and smelled of gone-off cheese. And finally the Geordie, again a bit older than us, who kept raw sausages in his kitchen cupboard and had 30-second sex (they weren’t quiet) with his German girlfriend who visited every now and then. They didn’t talk much, just the odd grunt if you passed them in the hallway, and they didn’t exactly live up to the housemates I had envisaged whilst applying for university the summer before. The girls, however – different story.

“It was the best of times, it was the worst of times – but we somehow kept each other alive.”

As four Yorkshire lasses, three from the west and one from the east, we bonded over many things. An ability to eat crap tons of pasta with lashings of butter and parmesan in one sitting, a love for Vodka Revolution’s R&B and £1 drinks, and a keen interest in wearing a black bodycon skirt with every going-out top we owned. We seemed to be thick as thieves from day dot and subconsciously agreed to look out for each other, get as pissed as possible most nights and try and persuade each other to go to the library every now and then so we didn’t get kicked out of uni. We hadn’t got into halls and were living with a bunch of Inbetweeners, so we quickly formed our own small but incredibly powerful little army. Charged and ready to fight any fuck boys that came in our direction (there were plenty) and prepared to foot the McDonald’s chicken nugget bill if one of us only had 27p left out of the tenner we came out with. We were a quartet not to be reckoned with and soon even established our very own name: BSL. Burton Stone Lane girls and proud, we embraced the rough, scraggy area we came from. We didn’t get deterred by burglars running into our house and stealing our laptops after the Italian twat forgot to lock the front door. We watched drug raids in the pub opposite through our living room window with the big light off like we were watching a movie at the cinema and – oh no wait – we were actually pretty scared when a tramp decided to live on our front doorstep and play his portable radio to us through the letterbox. To quote Dickens, it was the best of times, it was the worst of times – but we somehow kept each other alive.

The next two years flashed by as quick as we got through bottles of Glen’s vodka. We upgraded and relocated to St John Street. A stone’s throw away from university, we had no excuse but to go to our lectures (this wore off after a few days) and we were much closer to town, meaning our stumbles home at 4 in the morning were much shorter – bonus. We were one year older but we still didn’t have any of our shits together. In fact, after a solid year of being pissheads, we had even less of our shits together. Cue to locking ourselves out of our new house on moving day and having to climb the backyard wall barefoot to the entertainment of an entire lecture room of students watching us on the other side. But if you weren’t a mess in second year then who even were you, right? The entirety of year two encapsulated the constant battle between attempting to be studious and being the uncontrollable mentalists we were always destined to be at 20 years of age. We were true masters of submitting our essays minutes before the deadline. In fact, we thrived off the drama of it all (or we were just really fucking disorganised) and would regularly dodder in after a night out, high on life and Café Patrón, sit in our beds typing away until 8am, submit our essays and subsequently pass out until 3pm (the time our broadband hub broke three minutes before deadline made for a somewhat fraught and exhilarating experience). We spent all, and I mean all, of our student loan in Topshop but also somehow managed to hold down jobs in order to keep our going-out piggybanks topped up. We were fully immersed inside the cosy and somewhat unrealistic bubble of student life; no mother or father could stop us from ordering three chinese takeways a week – okay, four.

“Being together, the four of us, gave us all a mutual confidence I don’t think I’ve experienced since.”

Third year brought a sudden pressure to behave somewhat more orderly and, dare I say it, ‘grown up’ – but we still behaved like utter lunatics during every night out. By this point, we had well and truly established ourselves. We knew (or slept with) the right people in order to queue jump into the majority of York’s clubs (as in 3, but still) and having each other by our sides meant that we gave zero fucks about anyone else other than a handful of people each and the odd dickhead boy who slipped through the cracks. Walking into a club together in third year was more of a performance than we probably, at the time, realised. Think of the Destiny’s Child walk during Soldier and that’s basically how we made our entrances. Being together, the four of us, gave us all a mutual confidence I don’t think I’ve experienced since. At this point, it was sisterhood, and our lives together had become so intertwined that we knew we’d never let each other go even after the final curtain at university closed and we were thrust into the overwhelming complexities of adult life. For the first time in our lives, we had cultivated a life together away from the one we had grown up in and we’d done a pretty good job of it – minus the countless 4am breakdowns traipsing home barefoot because a guy hadn’t texted us back or had left the bar with another girl. We didn’t want it to end, and that thought seemed to always linger at the back of my mind during our final year as a four. So did the inevitability of not knowing how my life was going to be without seeing them every single day. I remember being sat in our backyard during the last week as that signature near-graduate realisation of ‘what now?’ started to seep into my cerebrum. There was no dramatic this-is-it moment on our final night or whilst we packed up the house we’d shared together because we were, quite frankly, in denial that it was even happening. All we really knew was that it wasn’t BSL’s ending, we had simply just turned the pages of the first few chapters.

In Girls, Lena Dunham’s character, Hannah, shares one line from a book she wrote in the final series. It reads: ‘A friendship between college girls is grander and more dramatic than any romance.’ It’s the most accurate collection of words I’ve ever stumbled upon to describe BSL’s friendship. We’ve danced night after night after night until our feet couldn’t take it anymore in our black New Look suede wedges. We’ve cried together when things went tits up. We’ve left each other little notes in the kitchen to say we’ll be back from work at 7. We’ve carried each other into taxis after particularly ropy nights out. We’ve shouted at each other for leaving the kitchen cupboards open. We’ve driven around Italy together in a tiny Fiat 500 and consumed enough carbs to sink Titanic. We’ve quite literally pulled each other up off the floor when boys walked out of our lives. We’ve stuck up for each other when someone’s pushed in front of us in the Maccies queue after a night out. We’ve made funny Birthday cards for each other. We’ve eaten biscuits and drank cuppa teas on the kitchen floor at 5am and shared secrets. We’ve given each other piggybacks after too many pints at the SU. We’ve hung each other’s clothes on the washing line. We’ve sat and had those honest chats together when one of us had gone a little haywire. We’ve screamed ‘yeah baby’ out of car windows at random people walking by and laughed our silly heads off. We’ve been to sweaty gigs and held hands whilst pushing our way to the front of the crowd. We’ve watched Sex And The City together at least a billion times. We’ve even been to court together (long, long story). We did it all, we’ve done it all, with an endless and unbreakable love and adoration for each other, and unlike the majority of our rocky and tumultuous romances, we came out stronger than ever.

This year marks ten years of BSL. 2020 brings our first decade to a close but it’ll also always be the year that Covid-19 changed the world forever. Our inability to see each other has only more vividly exposed the bond we share. I miss them. I miss their ability to make me feel whole just by being in their presence. But like everything we’ve gone through before, we’ll get through. Because we’re fucking BSL, alright? Even if it means the only thing we can currently do is play virtual burger eating games on Facebook chat to make each other laugh. Our friendship, the four of us, will survive. It’ll survive anything. 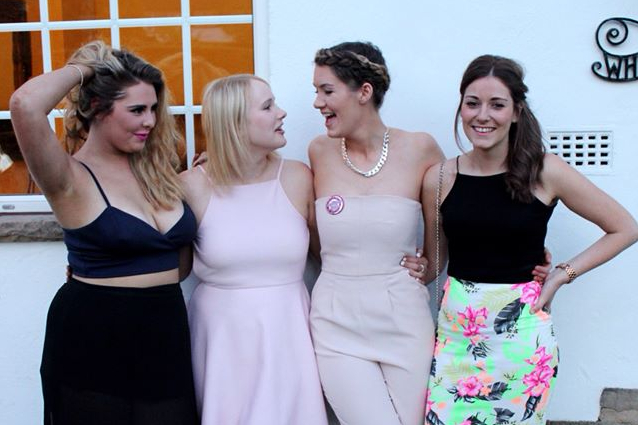 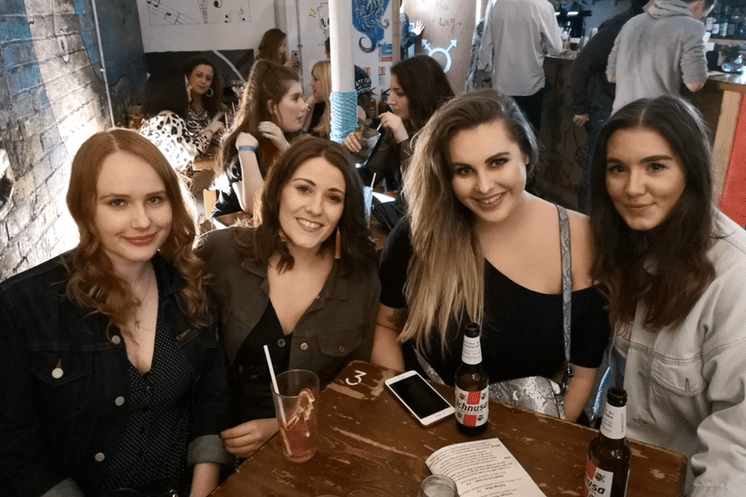 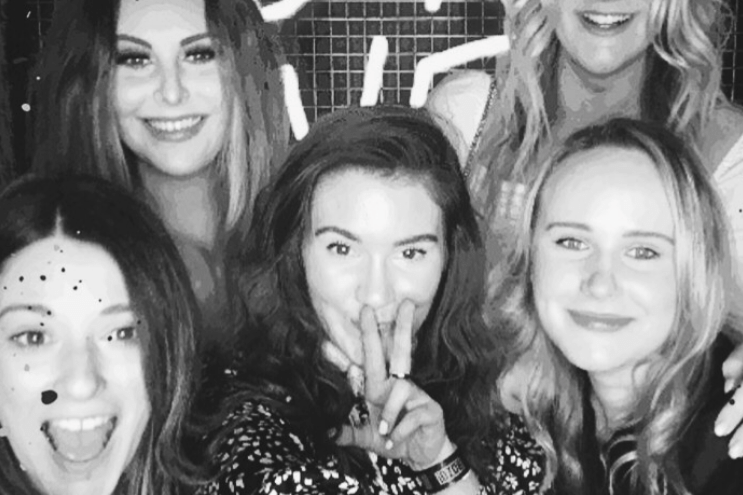